Tayo Fortune: “Cristiano Ronaldo is my favorite football player. I score as many goals as him” 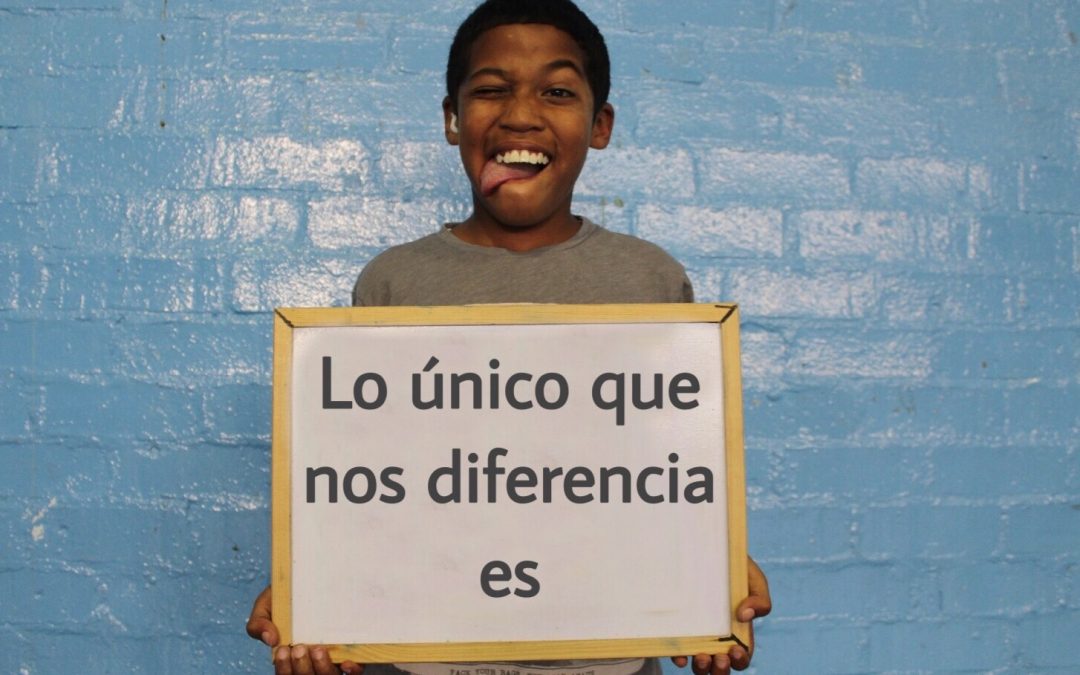 Tayo Fortune is an eleven-year-old kid from Hangberg who’s got his mind made up: “Cristiano Ronaldo is my favourite player”. Everyone, absolutely every single one of the boys and girls in Houties, emulates the ex-player of Real Madrid F.C. by opening their arms and tensing their bodies. “I even have his T-shirt” says Tayo.

He is one of many kids who comes to Houties – and also one of the Leopards, the community’s football team which is destined to keep the boys and girls off the streets and better invest their time playing a sport such as football. Ricardo is the coach and, aside from that, he works as professional trainer for the foundation that Real Madrid has in Hout Bay. When the children train there with Ricardo, he lends them the equipment and Tayo boasts about it whenever he can.

Ricardo has extensive training and he aims to share all his knowledge with the little ones so they can later get involved in the community. He wants to awaken the children’s inquisitiveness to promote and make a change in the slum. He believes that a better future for everybody is possible.

“I score as many goals as Cristiano Ronaldo” says Tayo, and it is thanks to Leopards that he plays sport three times a week. With football and the workshops at Houties’, the child has a routine to follow after school. All of this keeps him away from drugs or violence, which are some of the problems in the slum where he lives.

“I know that eating well and practicing sport is important, we are told so at school”

Tayo is also aware of the importance of combining sport with a balanced diet: “I like eating apples, oranges and cauliflowers”. He assures me that he eats fruit three times a week. Nevertheless, three pieces of fruit a week are not enough. According the World Health Organization (WHO), the recommended minimum daily intake of fruits and vegetables per person is 400 grams – the boy’s consumption lies under this recommendation.

According to El Confidencial, each Spaniard spends 17 % of the budget of their shopping basket on fruits and vegetables. The only thing which makes us different is how much of an expense we can make when filling our shopping trolley. In a community such as Hangberg, where many of families do not have the means required to live, it is not always possible to invest in these items.

“I know that eating well and practising sport is important, we are told so at school”. Help us make children like Tayo stay in programmes such as Houties and Leopards – donate!