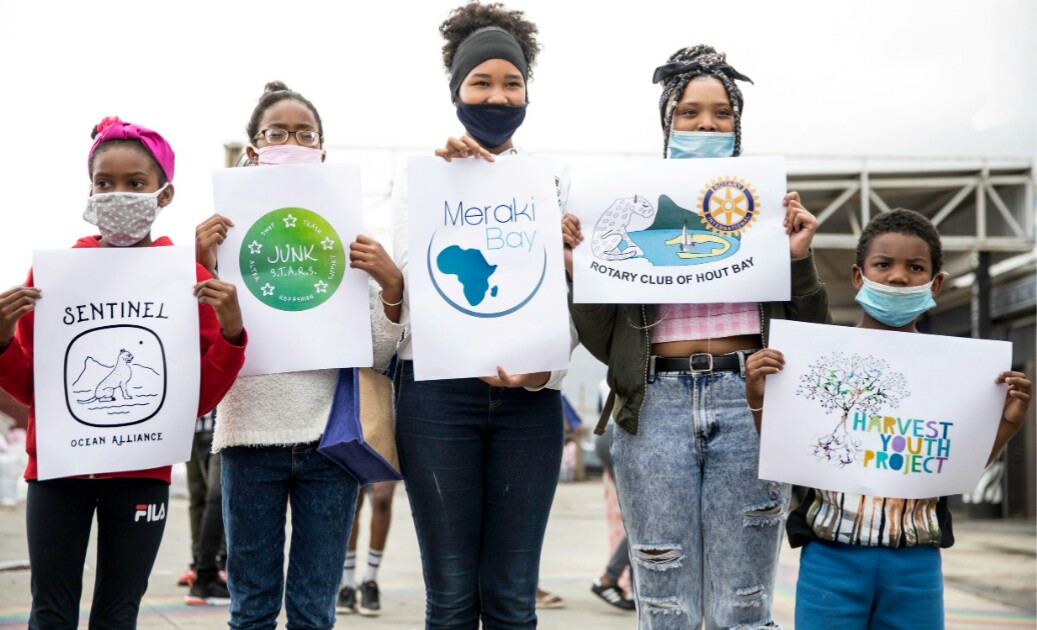 Recently, we hold a huge event with more organisations in Hout Bay which consisted in a big clean up of this area. If you want to know what did we do and how did it work, you can read more below.

How did we come up with the big clean up idea

“I dream of the realization of the unity of Africa, whereby its leaders combine in their efforts to solve the problems of this continent.”

The spirit in this quote by Nelson Mandela made five charity organisations based in Hout Bay unite this past Saturday the 27th of March to host a youth clean up event in Hangberg. The aim of the event was to collect as much waste and recycling as possible, as well as to educate the youth about environmental issues facing Hout Bay, the oceans and the world at large and to instill in these young minds an urgent need to be proactive in being part of the solution to a cleaner earth.

How did the clean up proceed

The day was a roaring success! Over 6o children representing non profit organisations Meraki Bay, The Junk Stars, Rotary Interact Club at Hout Bay High School, Sentinel Ocean Alliance and The Harvest Youth Project came together for a “treasure hunt” in which they raced in different teams to collect different items of trash most commonly found on the shoreline.

Prizes were given to the winning team for picking up the most items of trash. The children were also given a delicious meal to eat and the B-boys from the Harvest Youth Project put on quite the show and thrilled the kids with their breakdancing skills. Despite the heavens opening up halfway through the the clean up, an impressive amount of over 60kg of refuse and recycling was collected!

Who participated in the clean up

In the past, over 70 charity organisations were registred and operating in Hout Bay. However, many of these organisations however were not left unscathed by the coronavirus pandemic and sadly some had to even close their doors. In this time where the spirit of unity is more important than ever, we decided that forming partnerships with other organisations which share a common vision could lead to making a real impact in Hout Bay.

It was so wonderful to see everyone come together, adults and youth alike. Children from different backgrounds were forming bonds and having fun, and a general feeling of community spirit, joy and hope for the future was flowing from all. A big thank you to everyone who made this day possible.

The fantastic organisations involved in the event: