Children like Ronaldo do not have a computer at home; their tools of tomorrow are not in their present 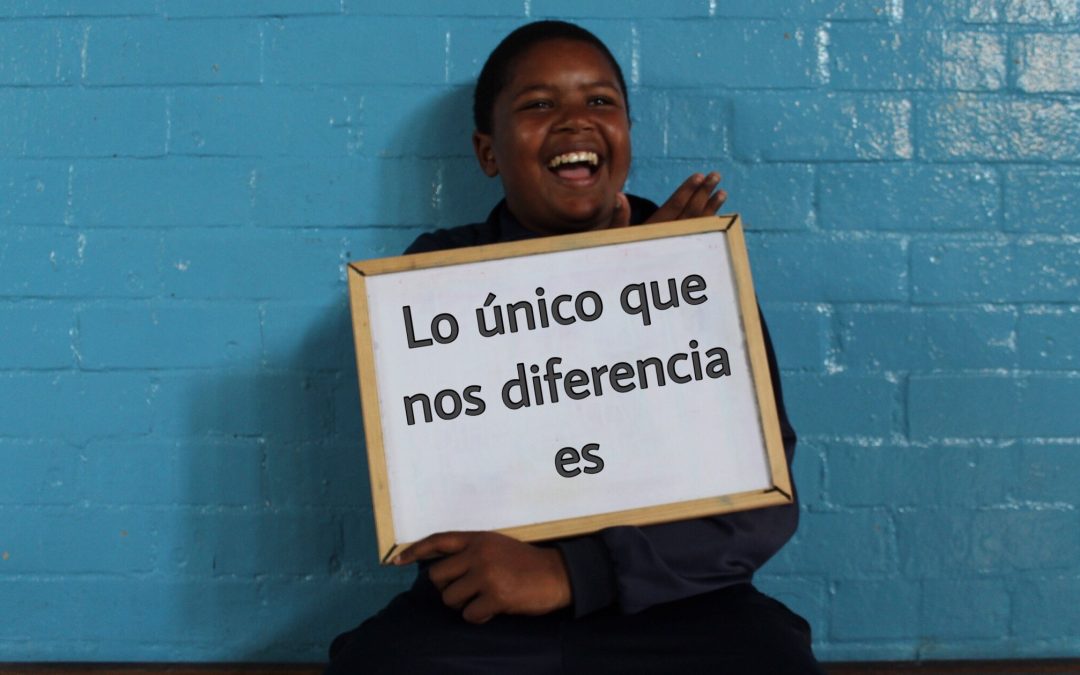 According to the INE, the Spanish National Institute of Statistics, in 2018, 86.4% of Spanish households with at least one member aged between 16 and 74 have an internet connection and today many of us cannot live without our mobile phone, computer or tablet. In the labour world, they are essential tools and that is why the Spanish education system is focusing on introducing technology in the classrooms. However, the reality is that in a country such as South Africa, the children’s situation is very different.

Rolando Sias is one of the many children of Houties, he is 13 years’ old and he looked very surprised by the camera whenever we tried to film him. He claims us that in school they teach him how to use cameras and computers: “I type on the computer using the five fingers”, he says trying to impress us. However, he can only use these tools at school: “My favourite subject is Afrikaans, and if I start a text at school on the computer and I can’t finish it there I do it by hand when I get home”.

Ronaldo has an older brother and sister. They are 21 and 19 years´ old respectively, they are the ones who help him with his school activities when his mother can’t do it. “My brother is a lifeguard and my sister works with the fishmonger, gutting the fish, I want to be a fireman when I grow up”. But, what is the problem? Ronaldo lives in Hangberg, a slum area in Cape Town where the daily occurrences are drugs, alcohol or truancy. In Meraki Bay, we try to keep children such as Ronaldo off the streets after school and try to show them tools that will be useful in the future, we want to encourage, among other things, the use of computers and tablets.

In 2017, Save the Children published a document related to the access that Spanish minors between the ages of 10 and 15 have to technologies.  According to the source, 94.9% of them use the computer, in other words, children born in the 21st century are already digital natives. When they grow up and they look for a job, they will know how to use Word, Excel or PowerPoint as work tools, this will not happen to Ronaldo.

The boy uses the PC to look for information and to study his exams. But, what happens if he has a doubt about his homework when he’s at home? Without an encyclopaedia or Internet access, he can only go to the community library, but it closes at 5 p.m. Fulfilling his obligations becomes very difficult, this may cause him frustration and he will also find it harder to follow a daily routine to be up to date. The only thing that differentiates us from Ronaldo is the education we receive since childhood, the differences between people can be noticed from childhood. In the future, Ronaldo will not have all the necessary IT studies because of not having the enough work tools.

Help us to continue with Houties, it is the only way we can make the difference between some children and others, regardless of where they come from. Donate!